Savalan Mountain
Sabalan (in Turkish Azerbaijani: Savalan) is one of the high mountains of Iran in the North West of this country and it is located between the province of Ardabil and East Azerbaijan. Sabalan is third highest peak (After Mount Damavand and Alam) and a non-active volcano. This mountain height is 4811 meters (In Ardabil province) and a small lake located at the summit. Thanks to natural spa, beautiful summer nature and ski resort Alvares, Sabalan is among interests of tourists. As well, Sabalan Mountain is known as the place for Iranian prophet’s Be’sat, Zoroaster. An example is observed in the book Thus Spoke Zarathustra written by Nietzsche, referred to Zarathustra has to come down out of the mountain Sabalan. In this respect, it is a sacred and respected place that even it is sworn among indigenous and tribals. Mount Sabalan was recorded in No.12/19496 in the list of registered national natural works, its ownership document has been issued from the height of more than three thousand and 600 meters an area of 200 hectares to 6000 under the name of Environmental Protection Agency. 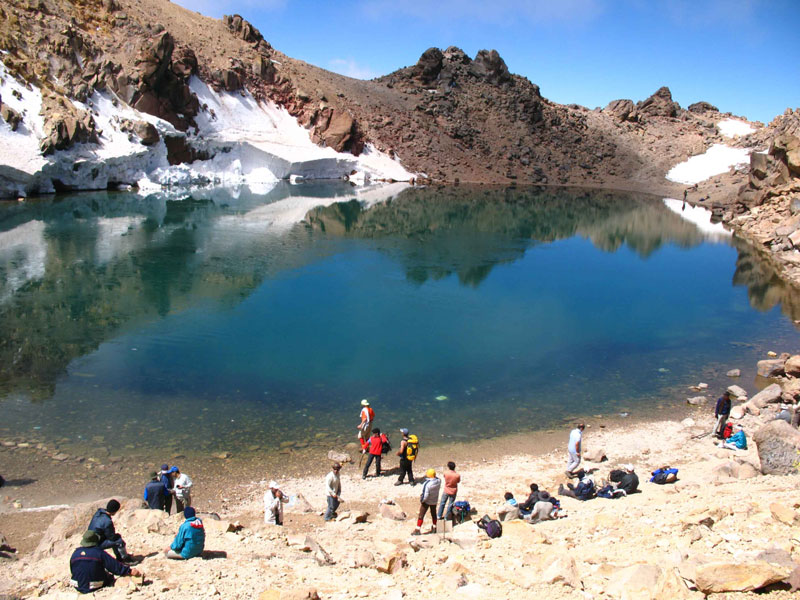 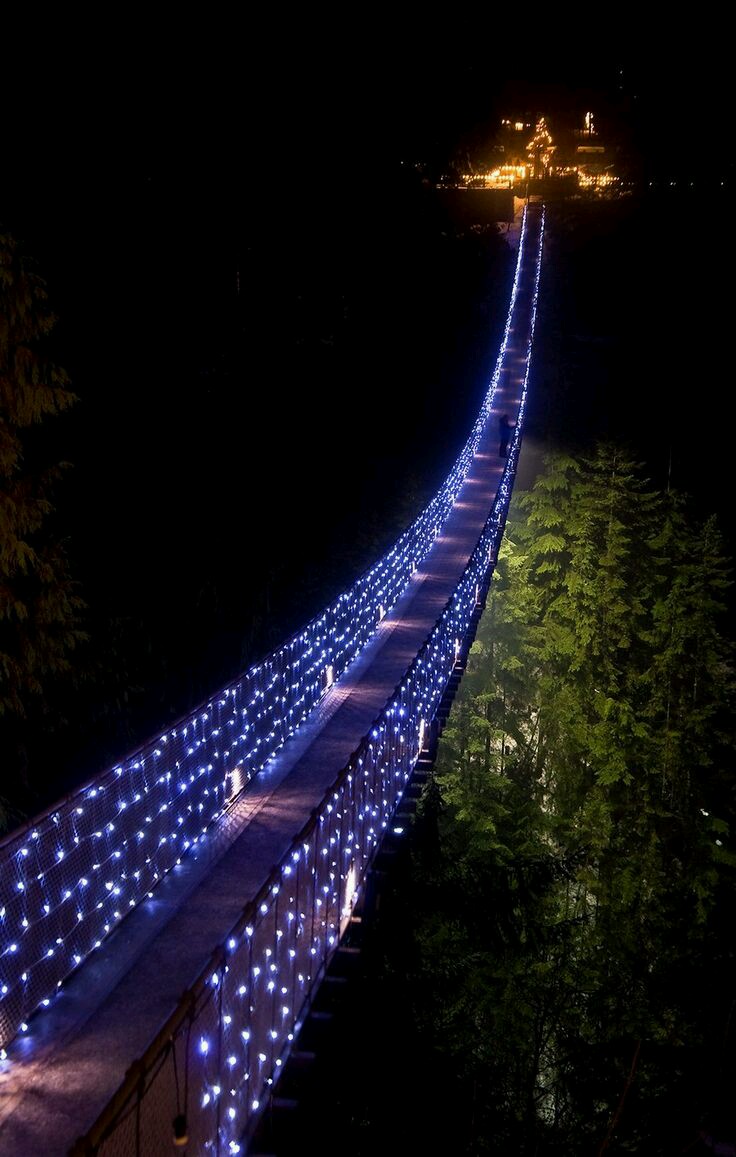 Fandoqlu Forest, Namin
This forest is one of the major tourist areas located 10 kilometers from Namin County and 30 kilometers from Ardabil city. It constitutes a part of the eastern forests of Ardabil Province, which is connected to subtropical rainforests of Gilan Province. This beautiful forest is divided into three main parts including "large Fandoghlou (بویوک مشه)" and "small Fansoughlou (کاظم مشه سی)" that are 700 meters apart. The old Ardabil-to-Astara road as well as some farm fields exists between these two Fandoughlous. Since this forest is rich in hazels (Fandough tree), this area is called Fandoughlu (i.e. full of hazels). 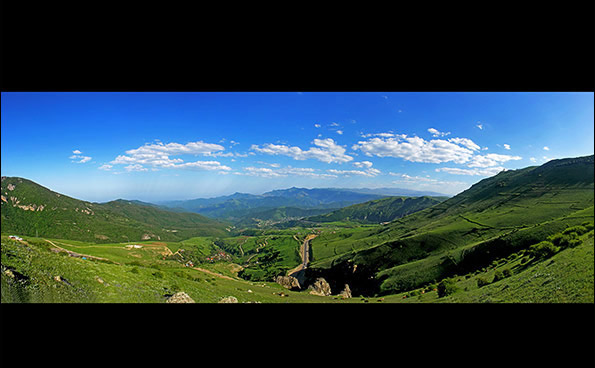 Onar Village and Ancient Graveyard
Ardabil province with exclusive nature and by preserving the local and native culture especially in rural areas is one of the supreme and developing provinces in field of rural tourism industry improvement, and now the excellent tourism villages of Ardabil has been converted into destination of foreign and domestic tourists by combining local culture and traditions with marvelous attractions of nature. Nowadays, rural tourism industry in our country is developing and according to statistics presented at the first week of Norouz travels of this year, entrance of tourists to rural areas has grown more than 76 percent. Onar is a village from environs of Lahrud rural district in east Meshkin part of Meshgin-shahr of Ardabil province. This village has been placed in distance of 20 kilometers from Meshgin-shahr. 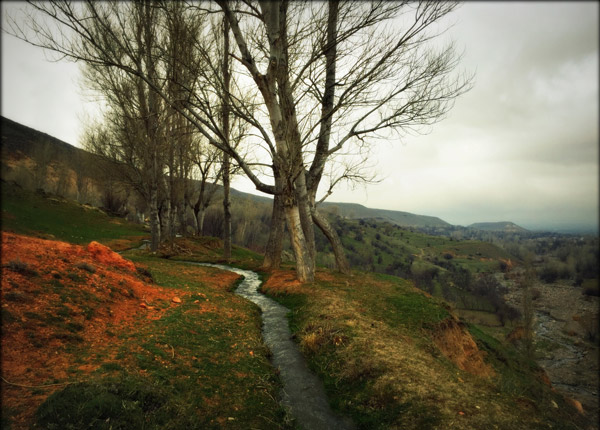 Archeology Museum of Ardabil
Ardabil museum of archeology is one of the most equipped and beautiful technical museums in Iran in terms of architecture and atmosphere. This museum displays 1-million-year-old history and civilization of Iran, which the experts consider it as the oldest history of archeological discoveries of the country. The museum was built and started working in 2008 with an area of 1700 square meters in two levels in the international complex of Sheikh Safi al-Din shrine. One of the most important parts of the museum is the archeological site of Boyni Yoghun Castle in Kurabaslu villageYakh Morad Cave in the roundabouts of Azadbar and Kohneh Deh villages in Gachsar Area and Chalous Road is one of these ice caves in Iran. The cave is about 65 kilometers from Tehran. This cave is about 2640 meters high from sea level and its opening is 3 meters wide and eight meters high. The very beautiful cressets in this cave are in their best condition in Esfand and Farvardin. The significant point about this cave is that it is stratified which is rare among Iranian caves. In a part of the cave, there are four floors with a height difference of more than 30 meters. The entrance of the cave is in the heights of the mountains and the cave path has mostly a downward slope and finally you find yourself in frozen springs on the ground and sponge stalactites by reaching the depth of the cave. 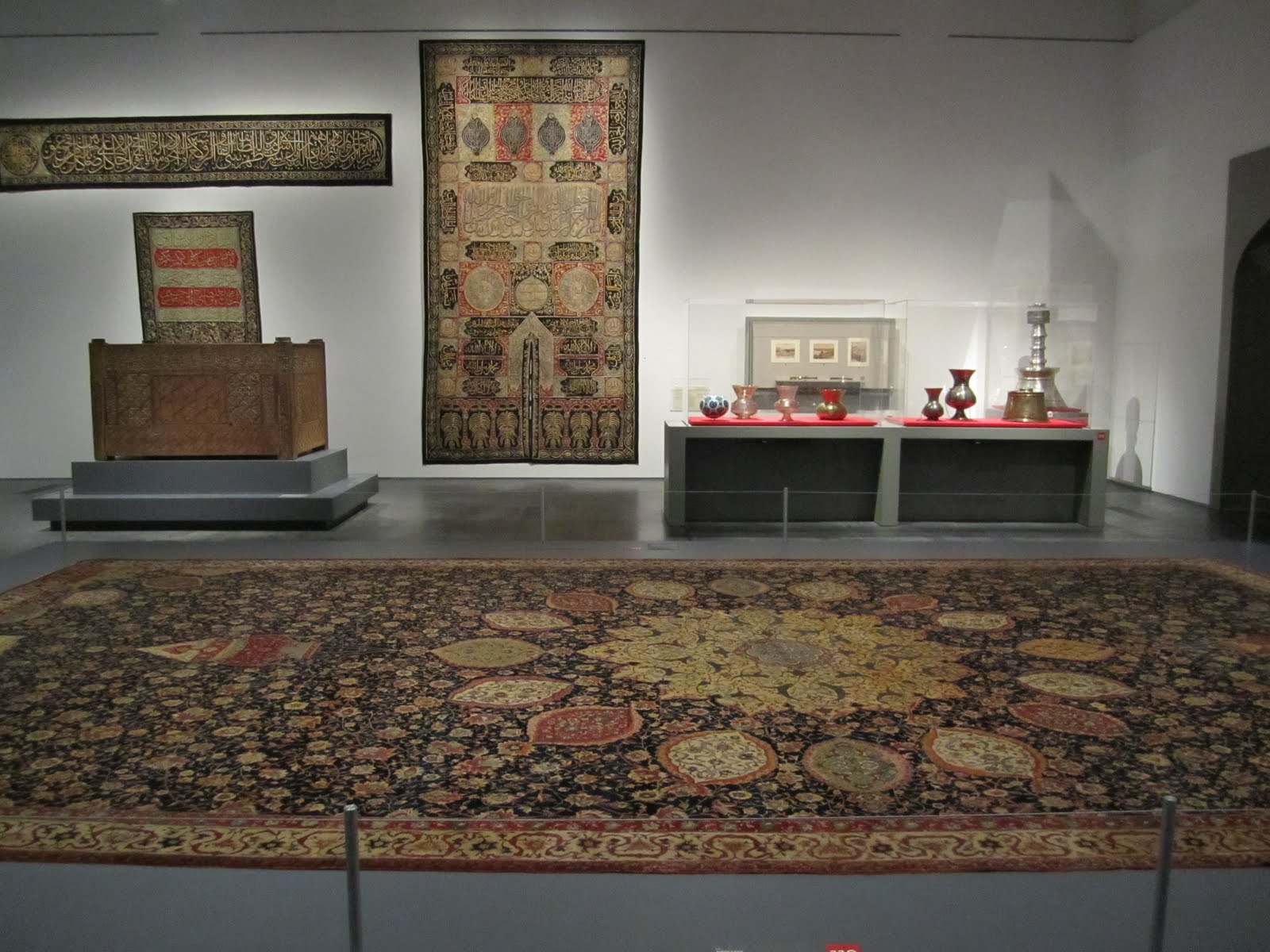 Bathhouses of Ardabil
Ardabil county is capital of Ardabil province which is limited to Meshkin-shahr from north, from east reaches Namin county, from south reaches Kowsar county and from southwest reaches Mianeh county and from west to Nir county. Climate in Ardabil is dry and cold, the highest temperature in summer is 35 centigrade above zero and the lowest temperature reaches 25 centigrade below zero. This province has unique historic and tourism attractions even in world level. For example, Sheikh Safi-ad-din Ardabili monument, Sareyn spas, Sabalan nature, ancient castles, historic place of Yasra city and etc. In this part, we have investigated the historic bathes of Ardabil city 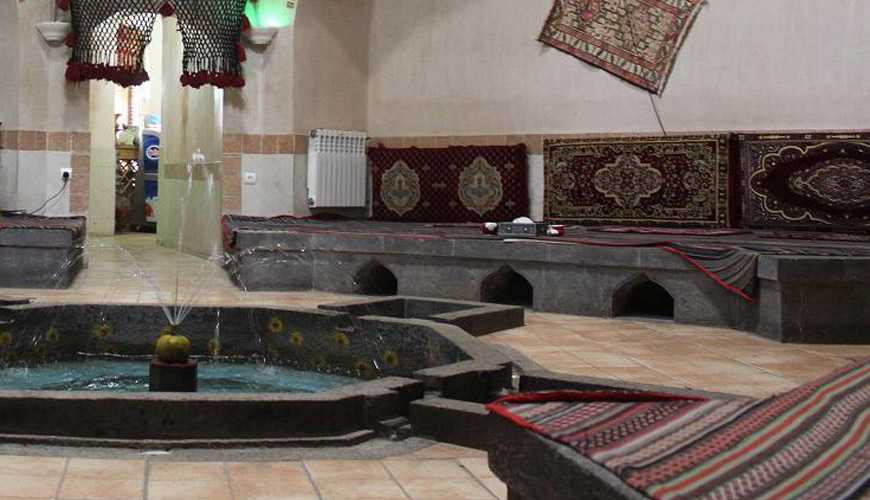 Ancient Site of Shahar Yeri
The archaeological site known as the Yeri city is in distance of 65 Km from Ardabil and 31 Kilometers in east of Meshkin-shahr next to Qarasu river. The area of this historic region is 400 hectares is constituted of three parts namely military fortress, temple and Qosha tappeh. The fortress and temple dates back to 1450 BC and Qvsha hill dates back to 7 thousand years BC. The main temple in city of Yeri came out of earth Included more than 300 stones with heights ranging from 35 to 250 cm with human forms (no mouth) that contain human face without mouth, or a hand and sword. Charles Burney knew its time as Achaemenes period, but out of the scope of government. In west of gathering stones, there is a cave which has been named Qara kub bel by local people. In front, some pieces of rocks have been put on each other. Yasri with the most vast historical area of Ardabil province and one of the most important regions before Christ in history of northwest of Iran was registered in national monuments in number 6162. 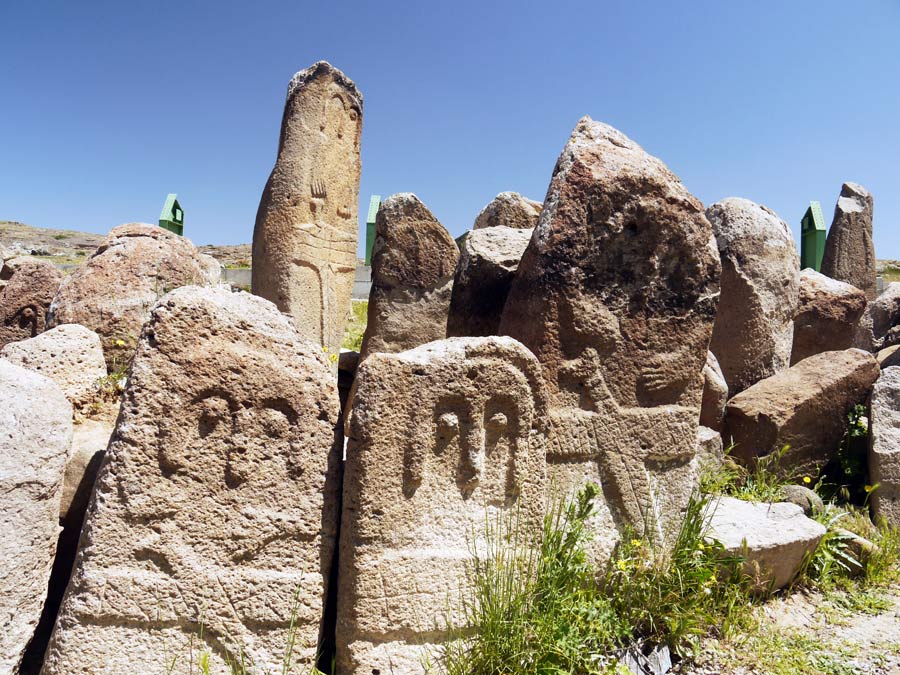 Shirvan Valley
Shirvan valley is one of the beautiful areas of Sabalan District in Ardabil Province, which has been left intact and natural due to lack of access route, and chosen as the eleventh wildlife habitat in Iran. This valley begins from Shabil hot-water in Sabalan mountainside and ends in Lahrud plain. This natural park is in the process of being registered in UNESCO as the second Geopark in the Middle East. This area contains unique geographical characteristics, and one-of-a-kind animal and plant species. It is the permanent habitat of several animals such as pig, fox, wolf, ram, Armenian mouflon, brown bear, partridge, laughing dove, and some migrating birds. 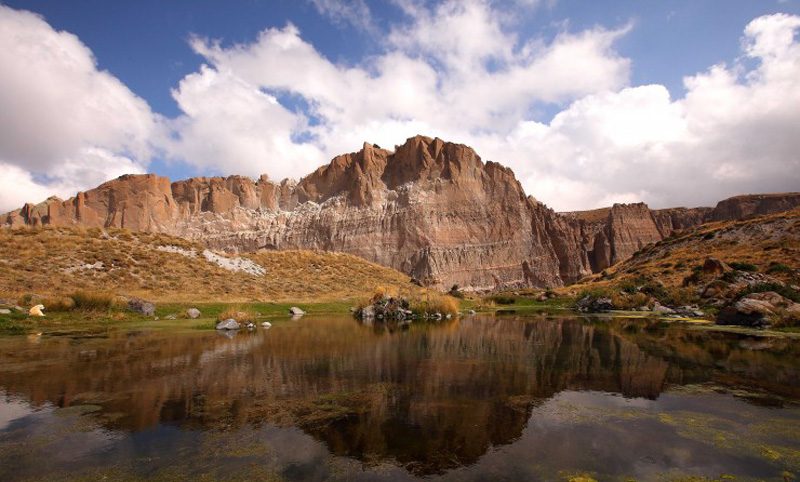 Sheikh Safi-ad-din Ardabili Complex
The monument of Sheikh Safidin Ardabili is one of the historical and valuable places of Ardabil. This worthy and historic place was registered in the UNESCO world heritage list in 2010. By using traditional Iranian architecture and the use of maximum available space, this place was made and A variety of areas such as the library, mosque, school, tank, hospital, kitchen, bakery and several office were established in it. In addition to the monument of Sheikh Safi din Ardabili, shrine of shah Ismail 1 (The first Safavid king) is located in this complex, too. After the death of shah Ismail- The first king of the Safavid dynasty- his survivors decided to bury king’s body beside the grave of sheikh Safi din. Thus the first additional building into the tomb of sheikh was a small dome as shah Ismail’s grave, since then the monument of sheikh Safi gradually become the resting place of ancestors of Safavid kings. After a while, the monument was known as a place for publishing political and religious thinking. Such that the leaders of this dynasty were gathered in this complex and controlled the government affairs. That’s why this monument in the Safavid period was extended to 21 thousand meters with special attention to the kings of this period, and was decorated with great care and completion finally, as far as Safavian knew this monument as the paradise promised by God. Shrine of Shah Ismail’s wife (King T.) And some of the elders and officials of the Safavid era and those killed in Chaldoran war are also located at this location. 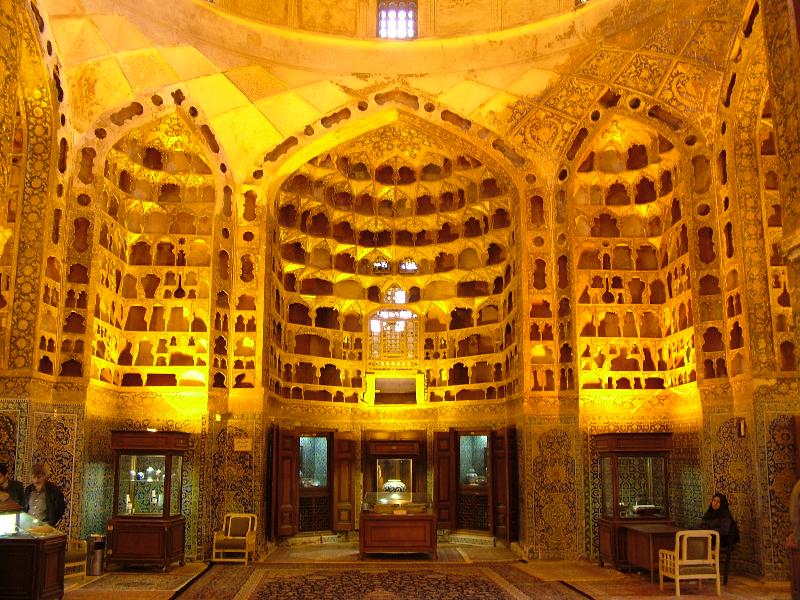