About the province of Ilam

Ilam is one of the Iranian provinces located in the south-west of this country in a mountainous and lukewarm region. Ilam belongs to the semi-humid and mountainous Iranian provinces; the immensity and grandeur of its highlands attracts every spectator and each of these mountains has its own beauties and natural attractions. This ancient province with thousands of years of history was part of the ancient Elamite civilization that was extinguished by Ashurbanipal.

The most popular tourist attractions in Ilam province

This monument is located in the valley of the city
, on the hill of a temple of fire. It is also known as Mahall-e Tagh (Arch Square). This temple of fire is made entirely of rubble and plaster and belongs to the Sassanid period. Probably after the palaces, the fire temples are the most important monuments left from the Sassanid dynasty. These monuments are places of commemoration of the sacred fire and religious ceremonies. Therefore, architecturally, they follow particular patterns. The department of Darreh Shahr is located in the province of Ilam and contains several historical monuments from different historical periods, including the Sassanid era and the Islamic centuries. 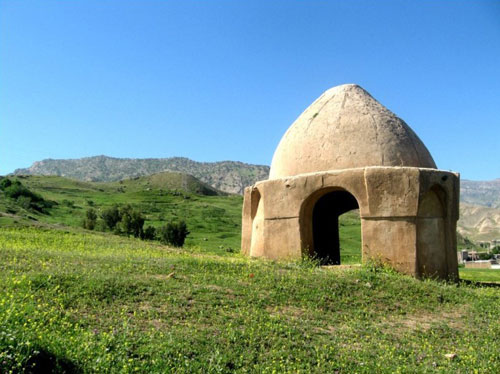 Posht Qaleh, Ilam
is located on the hill of the city of Abdanan, five kilometers north-west of the village of Posht Qala. The mentioned fortress has various parts, including ramparts, lookout turrets and watchtowers, the entrance to the fortress, residential buildings and the alcove, the tunnel and the stairs. This cultural and historical vestige dates from the Sassanid era. This fortress was inscribed on the list of Iran's national relics in 2001 for its importance and for the conduct of archaeological studies and for its maintenance and renovation. 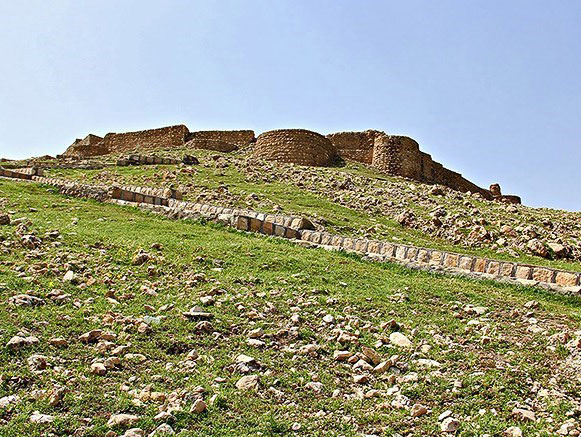 Siah Gav's Twin Lake
is located in the city of Abdanan south of the province of Ilam and is known for its natural phenomena in the country. Ilam is one of the tourist attractions of the country in different seasons. And it is the country of Alameto, where the weather is beautiful everywhere and where the man can observe the beauties created by the creator on earth. One of the most important and naturally occurring phenomena in the province of Ilam. The Siah Gave Twin Lake is located in the town of Abdanan, south of Ilam province and is very rare in the interior of the country. "Siah Gav" is one of the few lakes in the world and is located in the village of Abdanan. It's a fair lake that was accidentally split into two similar parts, and that's why the Twin name is involved. The world-famous Siah Gav Twin Lake of Abdanan is listed as one of the natural written cultural heritages. 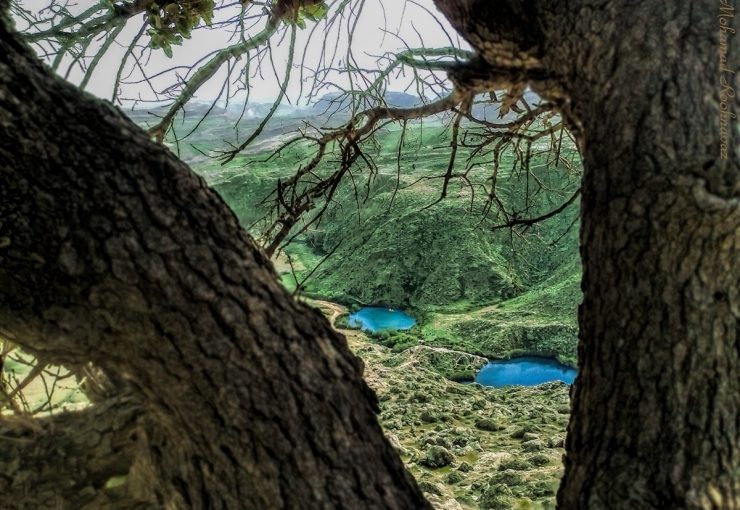 Lake Ilam
Dam is located 20 kilometers east of Ilam on the secondary road of Ilam Road in Darreh Shahr. This dam was recently built and used to supply Ilam with drinking water. There are no amenities for visitors. However, because of its beautiful and spectacular nature, the region is full of people who travel to this place in all seasons, especially in spring and summer, to spend their leisure time there. 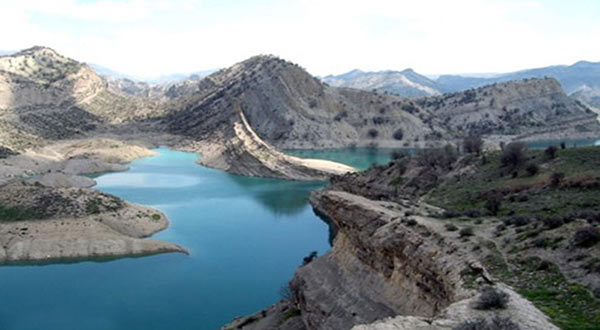 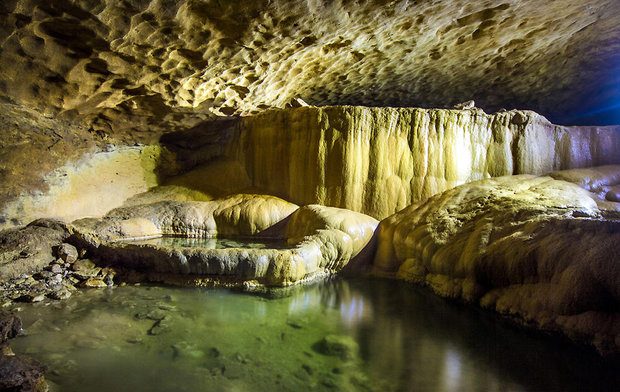 Bahram Chobin
The Strait and Chōbīn Castle is one of the magnificent natural phenomena of the Darreh Shahr Department, which includes unique monuments. Bahrām Chōbīn Valley is a tall, narrow valley strategically located on Kabir Kouh Mountain, adjacent to Sheikh Makan Village on the west side of Darreh Shahr-Poldokhtar Road. Due to the remaining walls and military fortresses, this valley is called Bahrām 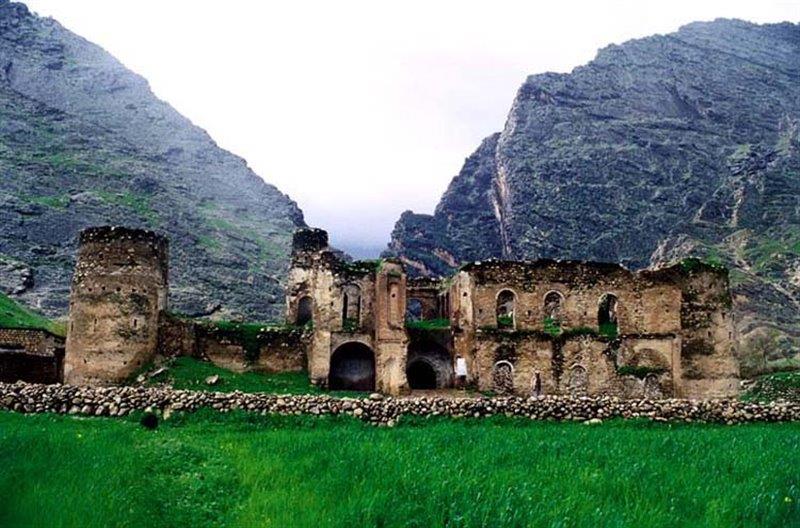 Razianeh Strait
RazianeCanyon of Razianeh in Ilam province is one of the geotourism districts of the province and has a spectacular character. This natural relic is inscribed on Iran's natural relic registration list. This is a narrow and unfathomable canyon that is located in a green area. There is a tree inside this canyon. This canyon is located 50 km from the Ilam-Dareh Shahr road. 75 hectares of Razianeh Canyon land was introduced as a national-natural remnant in 2009, and in the same year this relic was added to Iran's national natural relics list. This registration placed him at the second level of the international organization of IUCN.h 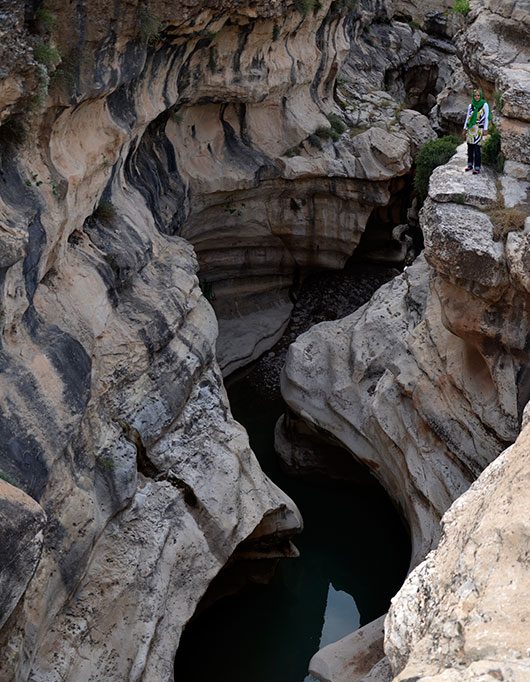 The canyon of Kafari
is located 55 kilometers from the road Ilam-Dareh Shahr and 15 kilometers from the city of Badreh. The Kafari Canyon is located at the geographic location N332228 - E465957 in the province of Ilam. Extensive oak forests and wildlife such as the Iranian squirrel are among the attractions of this region. One kilometer from the entrance of this canyon is the Zamzam water lake. In addition, the sanctuary of Jaber is one of the other tourist places of this district. 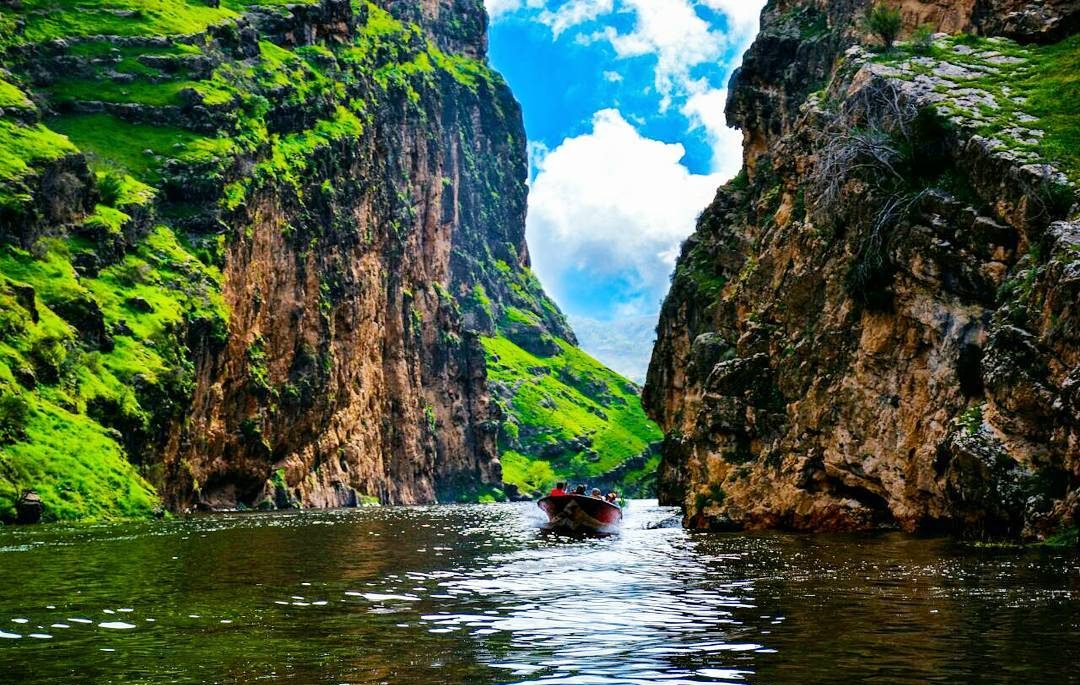 Judasboom Valley, Ilam
Judasboom Vse is located 3 kilometers north-east of the city of Elam, on the Quch Ali Canyon Road and on the path of a river, trees and purple flowers. . This is why the Arqavan canyon is one of Ilam's walks and Ilam's inhabitants spend most of their free time in this canyon. It is an extremely beautiful and dreamy canyon and is considered one of the cold climate regions of the province and the birthplace of Cercis siliquastrum. This area was formerly known as "Gawez" and is the breeding ground of various plant species such as oak, Daphne, Acer monspessulanum and Hawthorn, but unfortunately the main species of this district is the Cercis siliquastrum. faded away. In the region of this canyon and in the heights that surround it, the honey beekeeping sector is common.alley Ilam 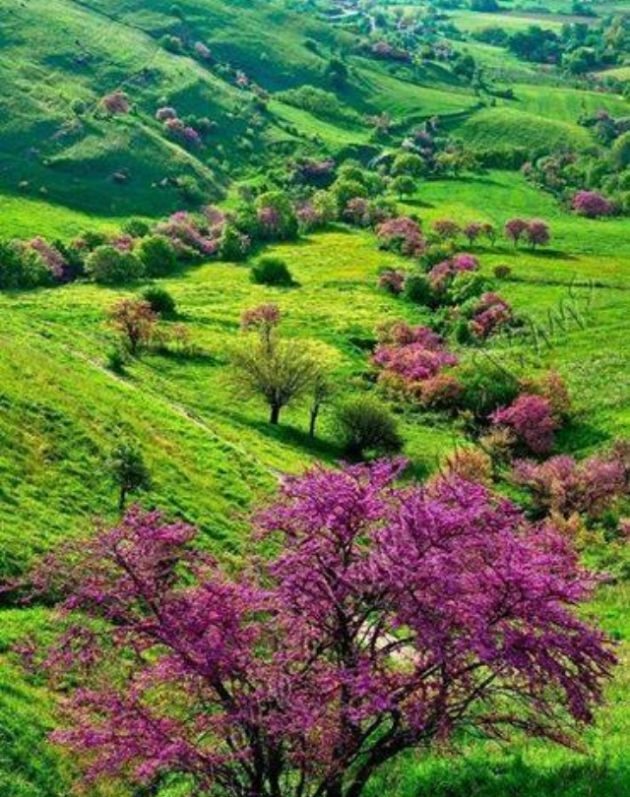 Vali Castle
of Ilam is one of the important monuments of the Qajar period in Ilam, built by Qolamreza Khan Vali on a hill in 1908. This monument consists of several parts such as the harem, the alcove, the hall of mirrors and the basement prison. The Ilam Vali Castle, which has functioned as an anthropology museum for years, is an example of the province's culture and civilization, which attracts many visitors every year during the New Year holidays. Historically, Ilam is part of Iran's major provinces and most of its monuments date back to the Sassanid era. With its 750 national monuments, Ilam province ranks 5th in the country in terms of registered monuments. 25 monuments in 2011, 21 monuments in 2012, 22 monuments in 2013 and 50 monuments in 2014 have been inscribed on the national heritage list. 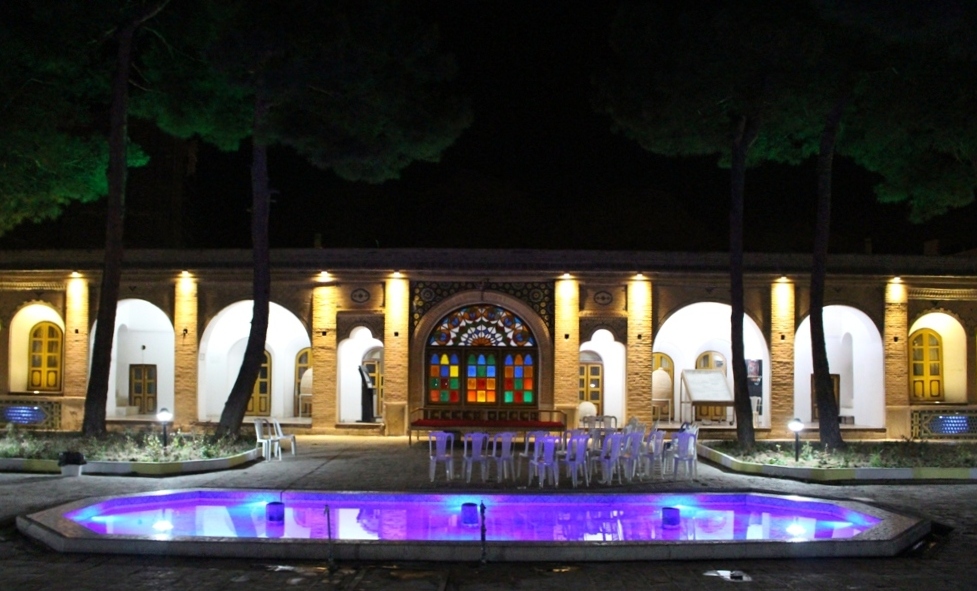 Gavmishan Bridge
The bridge of Gavmishan Bridge belongs to the Sassanid dynasty and is located northeast of the city of Dareh Shahr (Ilam province), on the river Simreh. This relic was recorded on 22 February 1999 under registration number 2222 as one of Iran's national relics. The historic Gavmishan Bridge is one of the most incredible and remarkable historical bridges in the west of the country because of its position on the Simreh River and its solidity. Ilam province is considered one of Iran's tourism hubs, with 760 historical relics listed in the country's national relics. 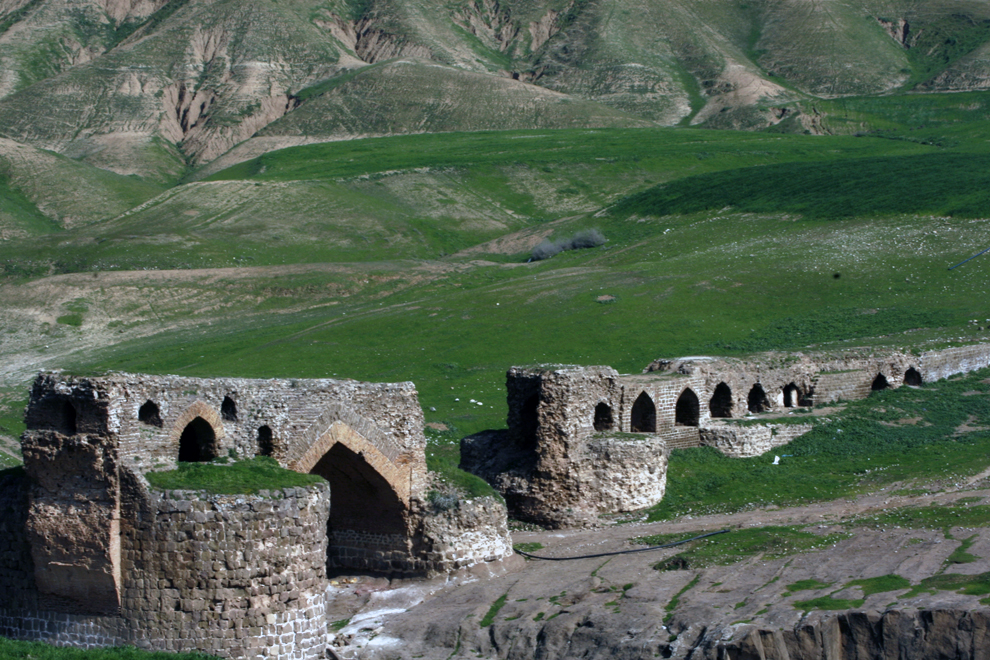