The country of origin

convocation of the participants at the airport and registration formalities. Flight to Tehran on scheduled flight Qatar Airways. Dinner and night in flight.
Day 2:

Arrival in Tehran, entry formalities, welcome by your guide. Lunch. City tour in Tehran the capital of Iran. Visiting National Museum also called archaeological museum. You will discover an important collection of ancient Iran and Islamic arts. Visiting Āzādi Tower or Freedom Tower one of the symbols of Tehran, it combines the Sassanian and Islamic architectural styles. 45 meters height, it is entirely covered with some 25,000 white Isfahan marble slabs. Overnight stay at the hotel. 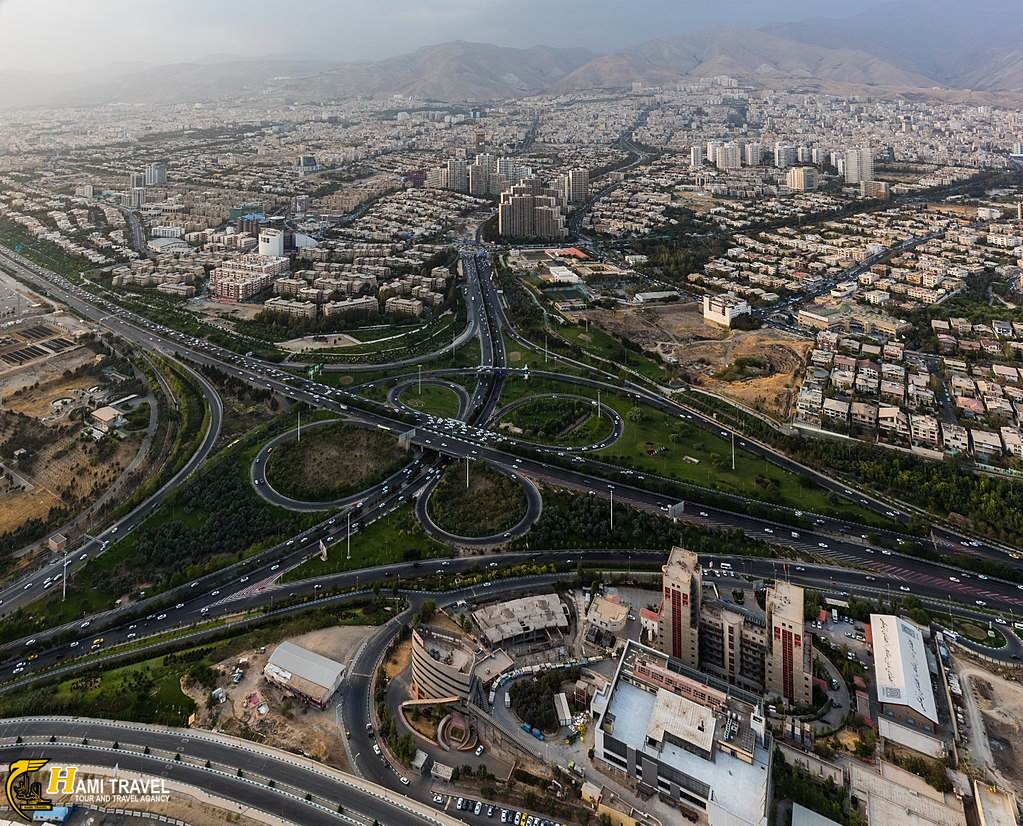 Breakfast. Full day sightseeing in Tehran visiting Golestan Palace which evokes the history of the last two great dynasties that reigned in Iran, the Safavids and Qadjars. Also known as "Palace of Roses", this sumptuous setting served for coronation of the last Shâh in 1967. Then visiting National Jewelry Museum (if the museum is closed, it will be replaced by the Glassware and Ceramic Museum). Lunch. Visit Carpet museum which presents a variety of Persian carpets, dating from the 18th century to the present day. Dinner and overnight stay at the hotel. ( a dinner with an Iranian family.) 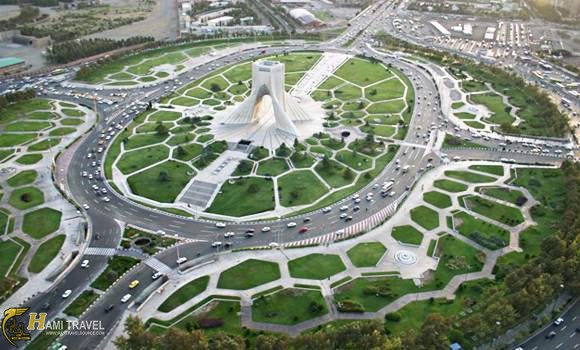 Breakfast. Departure to Kashan, an oasis in the center of Iran and visit Fin Persian Garden , one of the most famous gardens of the country. Lunch. Visit Boroudjerdi house which was built in 1857.. This theatrical house is richly decorated with stucco, murals, stained glass and wood paneling. Visit Tabatabaei House, built in 1840. Installation at the hotel, dinner and overnight. 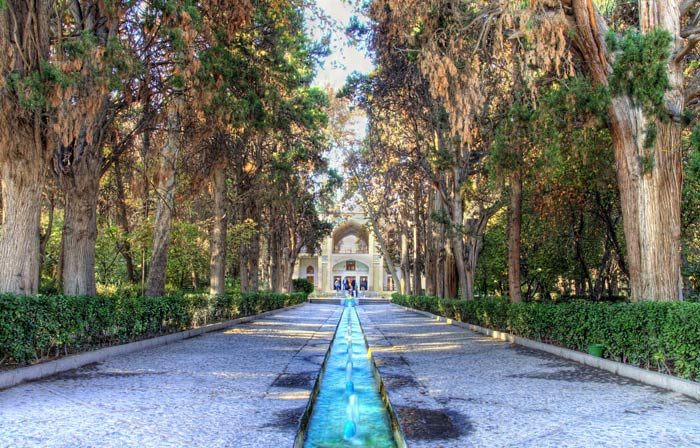 Breakfast. Departure to Isfahan, stop at the traditional village of Abyaneh which is undoubtedly the most famous of Iran. Its houses stand on the steep side of a beautiful valley. Today in ruins, a temple of fire was built there during the Sassanid period. The streets are narrow and the houses glued together sometimes even superimposed. Arrival in Isfahan, considered one of the most beautiful cities of the Islamic world. Inherited from the Safavid era, palaces, gardens. At the end of the 16th century, Shah Abbas I, a Safavid ruler, chosed Isfahan as the capital of Persia. Lunch. Visit the Vank cathedral and its museum, symbol of the Armenian Church in Iran. Installation at the hotel, dinner and overnight stay. 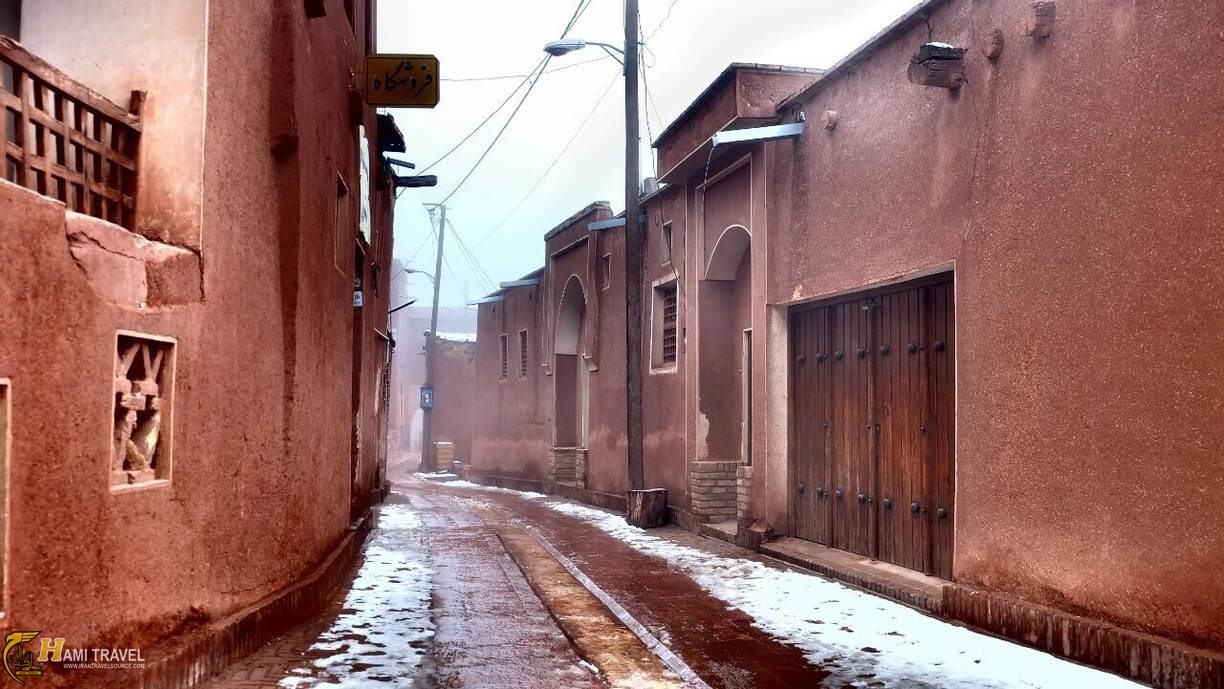 Breakfast. Full day city tour in Isfahan Visiting the beautiful congregational mosque of Isfahan, with an area of 20,000m², it is located in the historical center of Isfahan. visiting Chehel Sotun Palace, with its 20 columns reflected in the water. Having an outside view of the Hasht Behesht palace, palace of the "Eight Paradise". Built in the 17th century, At the end of the day, discover the Kajou and Si-o-Seh bridges. The Si-o-Seh Bridge is 298 m long and is also called the "33 arches bridge". It was built under the command of Shah Abbas 1th favorite Commander of his army, General Allahverdi Khan, to connect the two parts of Chahar Bagh Street. Dinner and overnight stay at the hotel. 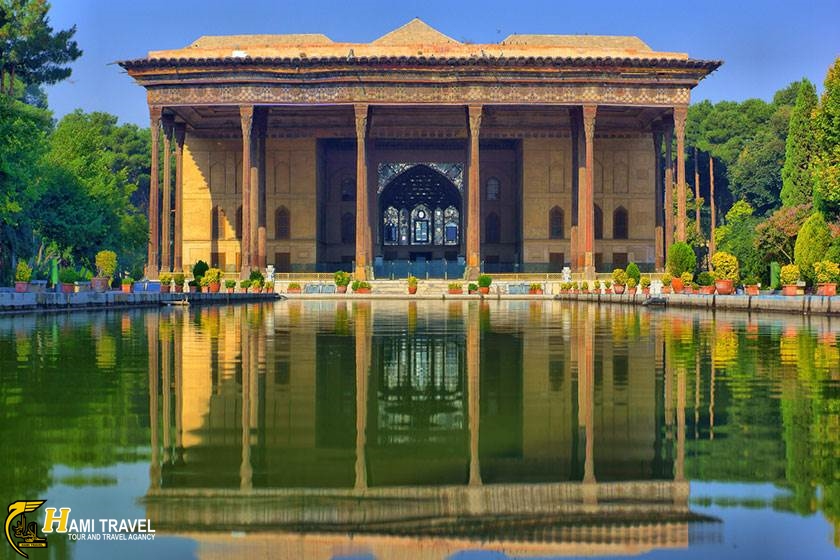 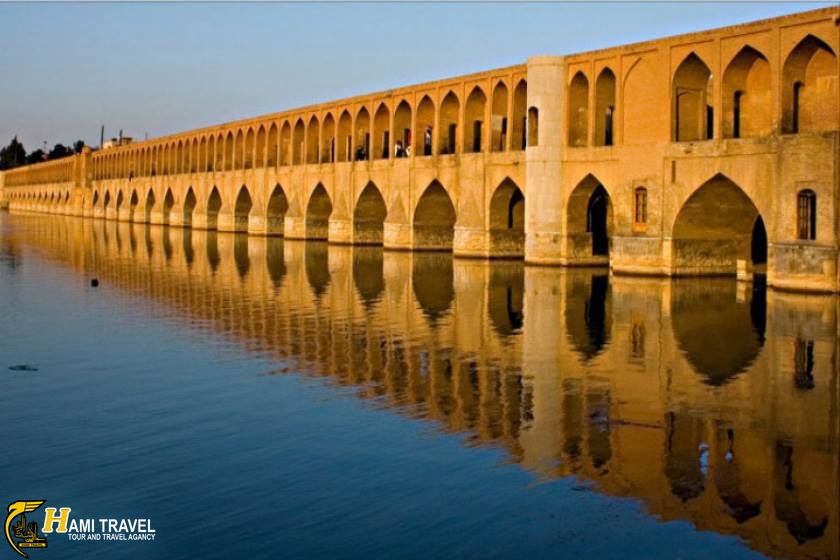 Breakfast. Visit Naqsh-e Jahan Square (Imam Square) the UNESCO World Heritage site which is surrounded by grandiose buildings including the incomparable Imam Mosque, a magnificent example of Safavid architecture. Ali Qapu Palace which was built at the beginning of 17th century.. Sheikh Lotfollah mosque, a private mosque, with no minaret or courtyard, and whose pale dome adopts all shades, from cream to pink, according to the light of the day.

The city of Naein is well-known for its traditional carpets. Visit Friday mosque, was built in the 10th century. Narin is also known for its beautiful houses dating back to the Safavid era. Lunch in an old caravanserai. Yazd has the largest Zoroastrian community of Iran. Yazd is also an ancient city, unique for its desert architecture and its badgirs or wind towers. It is also a stage of one of the silk routes. dinner and overnight stay at the hotel. 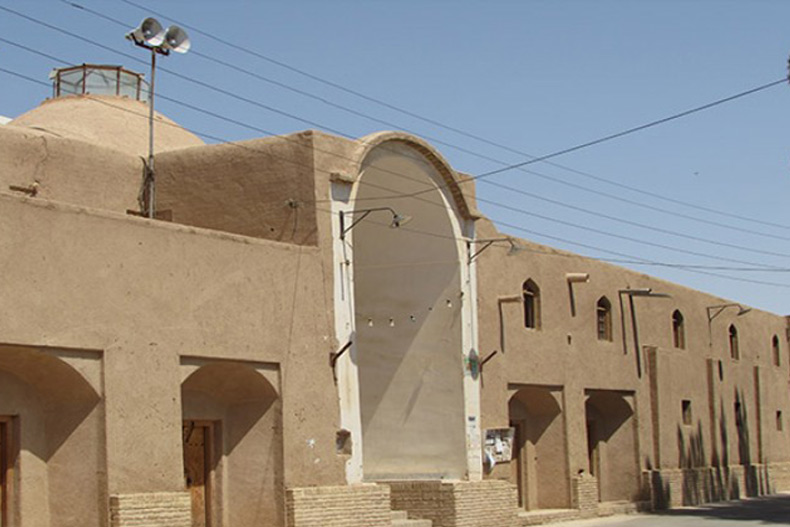 Breakfast. Visit the Fire Temple and the 14th century Jameh Mosque. The Ateshkadeh (temple of fire) is a place of worship where members of the Zoroastrian community go for prayer and whose sacred flame, symbol of God, burns since the year 470. Visit the towers of silence, "Dakhmeh-ye Zartoshtiyun", located on two hills on the outskirts of the city. Discover the square and portal of Amir chakhmaq, famous governor of the city in the Timurid era. Lunch. Visit the water museum and discover the traditional method of irrigation and drinking water supply in Iran, the "qanâts". Dinner and overnight at the hotel. 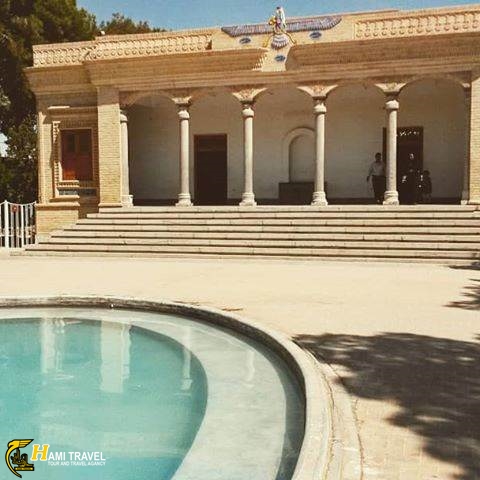 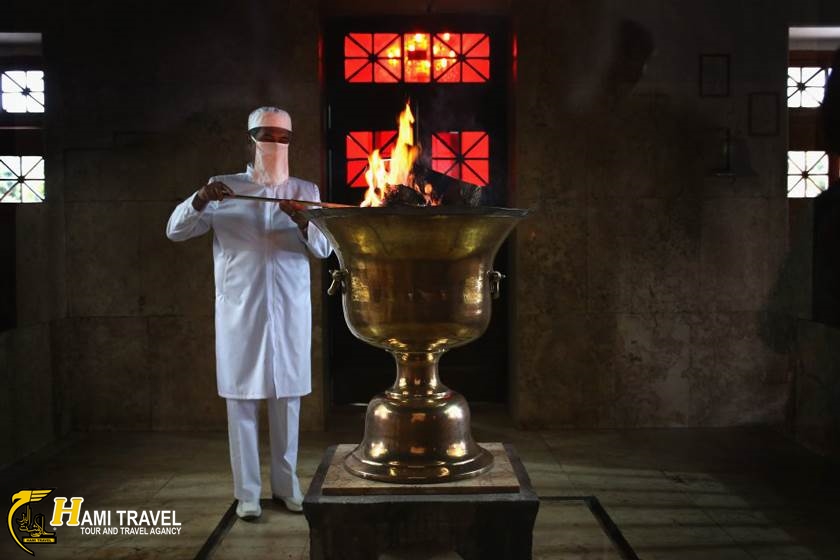 Breakfast. Departure to Kerman. Along the way, visit a pistachio plantation in the Rafsanjan region. Lunch in Kerman. Visiting Ganjali Khan complex. The most famous part of this ensemble is the hammam (public bathroom), extending over 1000 square meters and the work of Safavid architect Mohammad Yazdi, who combines functionality with architectural beauty. dinner and overnight stay at the hotel. 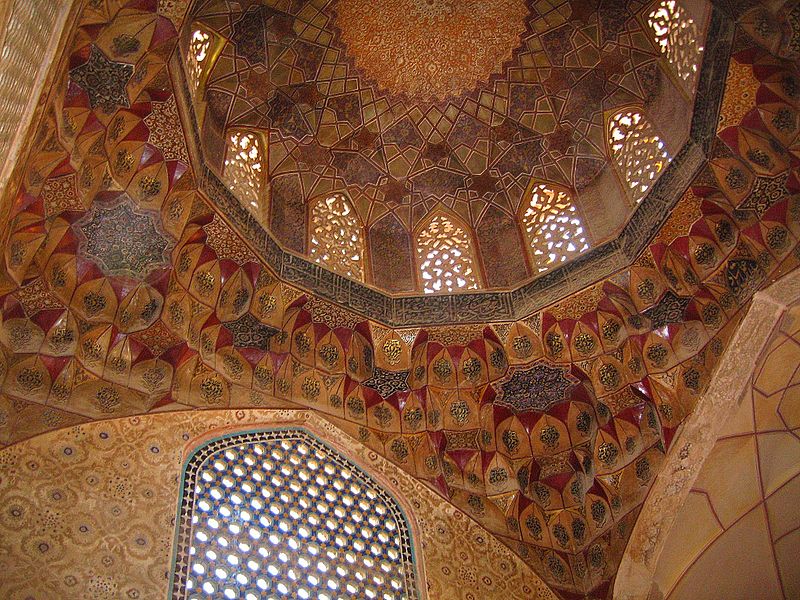 Breakfast. Departure to Mahan. Visit the Mausoleum of Shah Nematollah Vali, one of Iran's greatest mystics, and Shahzadeh Garden with its Safavid style pavilions.Continuation to the Shahdad desert where the landscape is composed of impressive geomorphological formations. You will have the impression of walking on the moon. Back to Kerman. Dinner and overnight stay. 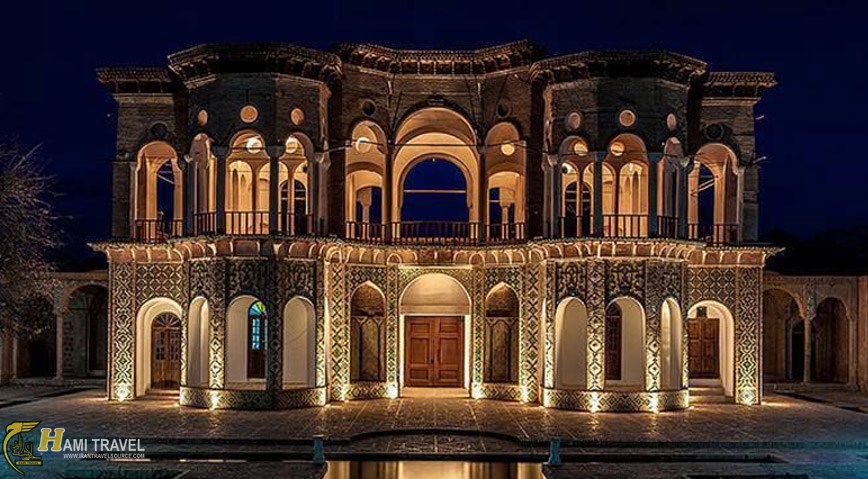 Breakfast. Departure to Shiraz and stop in Sarvestan to visit a Sassanide palace. Lunch along the way. Arrival in Shiraz. Visit tomb of the great poet Hafez, born in 14th century and died at the age of 69 years. He is known for his lyrical poems, the ghazals, which evoke mystical themes of Sufism by staging the pleasures of life. dinner and overnight stay at the hotel.

Breakfast. Departure towards Persepolis. Ancient capital of ancient Persia and archaeological site, visiting the ruins of the ancient city of Persepolis is certainly one of the highlights of your trip to Iran. Persepolis is the most valuable heritage of the Achaemenid Empire. You will see the staircases and terraces where the immortal guardians and countless tributaries are presented, as well as the palaces, the Apadana (the audience hall), the hall of one hundred columns and other monuments. Not far from Perspolis, there are the royal tombs of Achaemenid kings, Darius I and his three successors, in Naqsh-e Rostam cliffs. Return to Shiraz for lunch. Visit Nasir Al Molk Mosque, this mosque was built on the order of Mirza Hasan Ali Nasir al Molk, one of the lords of the Kadjar dynasty, from 1876 to 1888. The mosque contains several stained glass windows on its facade and displays several traditional elements. Then visit the Bazar e Vakil dating from the eighteenth century. Dinner and over stay at the hotel. 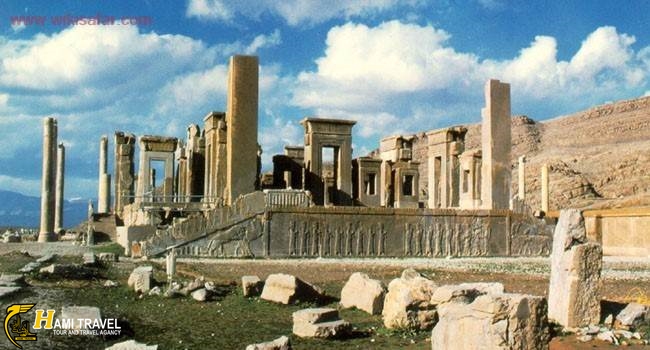 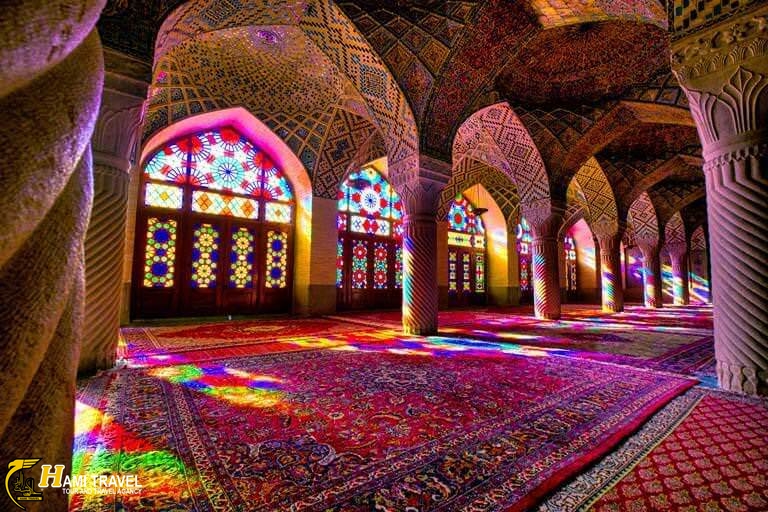 The country of origin

Early morning breakfast, transfer to the airport and flight to Paris.
book now contact us

Thank You. Your booking have received and booking number is

Talk to our expert

We are here to talk about your trip to Iran.

If you contact us, our colleagues will ultimately reply to you before the end of the working hours of the next day. Your chosen private trip would make it easy for you to control all the details of your own tour such as checkout, accommodation, extra night and activities. What you would like to have and how you want it to be. 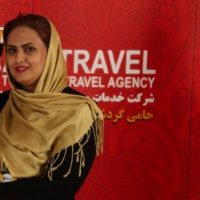 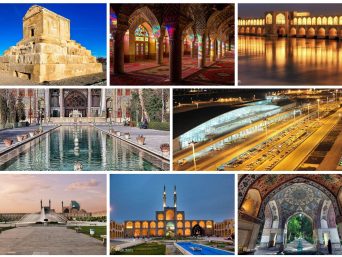 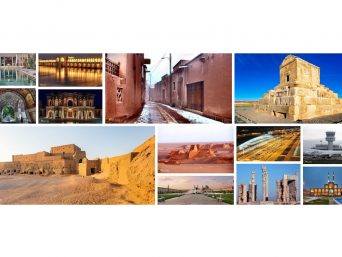 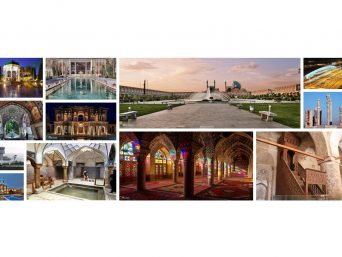 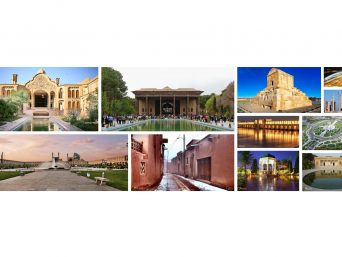 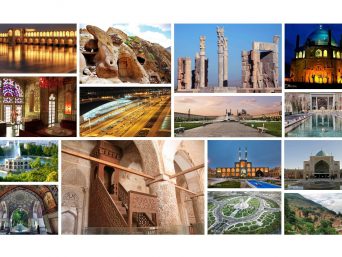